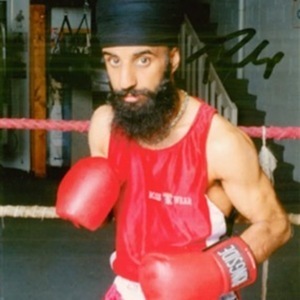 Professionally, Pardeep Singh Nagra is a speaker, teacher, trainer and consultant with substantial experience in organizational change. He specializes in employee engagement, inclusive workplace strategies, equity, and diversity work. He has held positions in University, College, Public Health, Police and Human Services sectors and has worked both as a Diversity Officer and Diversity Manager.

Personally, Pardeep’s interest in charitable, community spirit, and humanitarian work has touched the lives of many people and communities over an extended period of time. His work and service has been recognized and valued as he was the recipient of the YMCA Canada Peace Medal, University of Toronto Arbor Award, Region of Peel Chair’s Award for community service, Auxiliary Constable of the Year with Peel Regional Police, and recently the Queen’s Diamond Jubilee Medal.

Pardeep has been a strong voice for and with the Sikh community and has spoken locally, nationally and internationally on various issues and as a keynote speaker at many events and conferences including at the Canadian Museum for Human Rights, the World UN conference in Durban South Africa and the Pentagon in the USA. Pardeep is also a regular speaker for the Dominion Institute of Canada. In addition Pardeep has been featured on major media outlets including the CBC, Global News, City, on T.V., on Radio, and several newspapers across the country.

As a father of two, Pardeep engages in various community, charitable and humanitarian activities. He is a collector and historian and serves as the Executive Director of the Sikh Heritage Museum of Canada, and on the Board of Directors of the Central West LHIN. He also served on the 2015 Pan Am committee.

As an athlete, Pardeep has played and won championships in many sports including soccer, track, tennis, ball hockey and boxing. He enjoys running marathons and recently qualified and competed in the Boston Marathon.

In addition to being highlighted in various text books in Canada, Pardeep is featured as a question in the Trivial Pursuit board game. The Hollywood movie, "TIGER" is based on the true story of Pardeep’s journey as a boxer, and stars Mickey Rourke, Prem Singh and Janel Parrish.