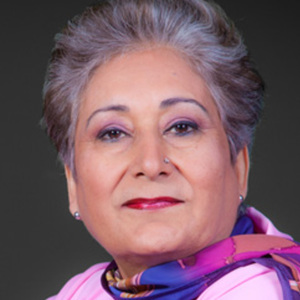 Author of THEIR JIHAD…NOT MY JIHAD, Raheel Raza is a public speaker, Consultant for Interfaith and Intercultural diversity, documentary film maker, freelance journalist and founder of SAMA' (Sacred Arts ad Music Alliance). She was appointed to and served three years on The Public Service Committe for Ontario College of Teachers.

Raza started writing at a young age because she grew up in a culture where women were supposed to "be seen and not heard.” Travelling extensively throughout the Middle East, Europe, Far East and North America, Raza brings a fresh new global perspective to her mandate “there is unity in diversity”.

Raza bridges the gap between East and West, promoting cultural and religious diversity. She has appeared in print, on television and radio to discuss diversity, harmony and interfaith. In a presentation to Members of Parliament and international diplomats at the House of Commons, Raza received a standing ovation for her speech called "Celebrating our Differences".

An outspoken advocate for gender equality and an activist for women's rights internationally, she has appeared many times in print, radio and television media to reveal and debate Canadian issues related to media, diversity, gender and immigrants. Raza has received many awards for her work to build bridges of understanding. She is a recipient of the City of Toronto’s Constance Hamilton Award and is the first South Asian woman to narrate a CBC documentary on “Passionate Eye”. A fervent advocate for human rights, Raza is the first Muslim woman in Canada to lead mixed gender prayers.

Growing up in a culture where women were supposed to “be seen and not heard”, Raza turned to writing at a young age and is a freelance journalist. Travelling extensively throughout the world, Raza brings a fresh global perspective to her mandate “there is unity in diversity”. Raza has spoken at places of worship, the private sector, the Justice Department, School Boards and government institutions. She has also been invited to speak at Universities in USA and Canada, including Harvard and Columbia.